Before Richa’s first pregnancy, she enjoyed her favorite chicken kebabs with a glass of coke for dinner. But in those very first days after she conceived, the coke tasted flat and the smell of those juicy kebabs didn’t excite her. Fast-forward a few weeks she had a positive pregnancy test in hand. Richa realized that her body knew she was pregnant before her mind did. Every woman is different and not all have the same symptoms of pregnancy before a missed period.

One of the most important symptoms of pregnancy is a missed or delayed period. But even before you miss a period, you may hope or suspect that you are pregnant. However, home pregnancy testing kits, blood tests or ultrasound are the only sure shot ways to determine if you are pregnant. 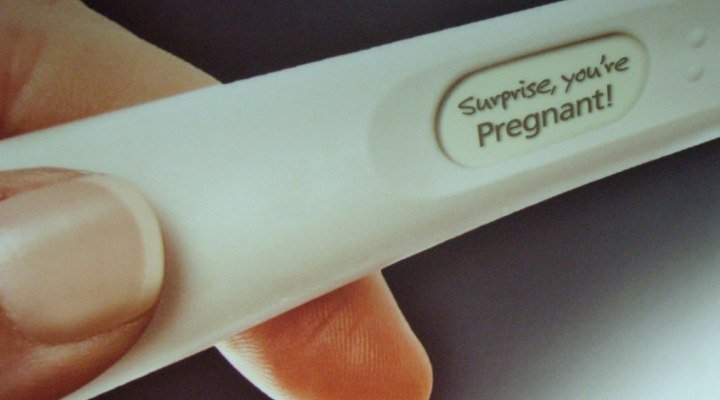 Symptoms of Pregnancy in detail

It is such a torture if you are the impatient type to wait for 2 weeks between your attempt to conceive and your menstruation date. So here is a magic list of 15 early symptoms of pregnancy before missed period that will help you to guess whether a particular symptom meant either pregnant or not.

WHEN EXACTLY EARLY SYMPTOMS OF PREGNANCY BEFORE MISSED PERIOD START

Early pregnancy symptoms like bleeding post implantation, sore breasts, loss of appetite are few initial signs and symptoms of pregnancy. If you think you are pregnant, you must carefully watch for these signs of pregnancy before missed period. They can be present even before a positive pregnancy test.

A woman who is trying to become pregnant and misses a menstrual period can consider it as the first clear indication of pregnancy. However, some women also notice some physical changes and signs of pregnancy before missed period.

It’s common to have mood swings during pregnancy. This early pregnancy symptoms before missed period is caused because your hormones go crazy and can make you emotional, depressed or anxious. It gets more evident at later stages of pregnancy. Hormones like estrogen and progesterone levels shoot up during pregnancy. This increase affects your mood and you tend to react quickly and get emotional.

This pregnancy symptoms before missed period can cause feelings of depression, anxiety, and irritation. Every mom-to-be shows a different response to this changes. Some women experience heightened emotions while others feel more depressed and irritated. Always remember that mood swings are completely normal. But if you find yourself suffering due to prolonged sadness or depression, you should seek help of a counselor or mental health professional. 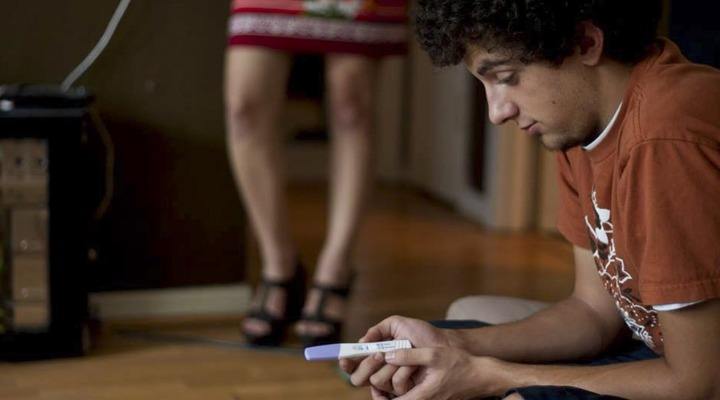 In many women, changes in breasts may provide one of the first symptoms of pregnancy before a missed period. Breasts may change in size or become swollen, sore, tingly, and tender. Some moms to be also feel fuller and heavier breasts. Rising levels of hormones may lead to growth of breasts and they become sensitive.

The soreness and swelling is like an exaggerated version of how your breasts feel before your period. Initially after conception during first two weeks, the areola ie. the area around the nipple may change to a darker colour and grow larger.

Although, your pain & discomfort will become less, significantly after the first trimester. Since your body will adjust to the hormonal changes. Besides pregnancy, there are many other issues that can be related to breast changes. So if you are getting a repeatedly negative pregnancy test, consult your doctor.

If it continues to increase for more than two weeks, it can be considered as an early pregnancy symptoms. In fact, your body’s core temperature may also increase more during exercise or in hot climate. So remember to drink more water and exercise cautiously.

You may think this can’t be early signs of pregnancy before missed period. As it is said that when the baby grows and starts pressing on your bladder, frequent peeing starts. But at times the extra blood pumped to the kidneys (which begins right away) can also cause them to produce more urine.

Hormones play a large role in bladder activity. You tend to take frequent bathroom breaks as your bladder fills more quickly. Frequent urination will continue and rather intensify during later months of pregnancy.

Feeling tired and exhausted all of a sudden? Fatigue and tiredness are common among the early symptoms of pregnancy before missed period. No one knows for sure what causes this but it is believed that progesterone hormone levels shoot up during early pregnancy and contribute to sleepy feeling all the time.

During this time, lower readings of blood pressure, depleted blood sugar levels, and high pumping of blood to kidneys together make you sluggish during pregnancy. Morning sickness and frequent urination add to the misery of moms to be. Fatigue can develop any time during pregnancy.

Cramps are nothing but pulling sensations that generally happen along the sides of your belly. Some women mistake them for the start of their menstrual period. Cramping results from normal changes that occur during development in pregnancy. Although this is a rare signs of pregnancy before missed period. But is noticed during many pregnancies.

It’s hard to tell is it Pregnancy or PMS. But if you’re feeling crampy, may be your uterus is stretching to get ready for a baby. In many scenarios, it is normal symptom of pregnancy. But if you experience severe abdominal pain that doesn’t go away, you must visit doctor.

Similar to symptoms of a menstrual period, bloating is another early pregnancy symptoms before missed period. An increase in female hormones causes food to pass slowly through the intestines, which can lead to constipation. It can also bring your digestive system down. As a result you may feel constipated and blocked. Hormonal changes in early pregnancy in turn also increases feelings of abdominal bloating. So its not unusual if your clothes may feel more tight than usual at the waistline.

Weight gain is an early pregnancy symptom. Though it becomes more common and evident towards the end of your first trimester. You may find yourself gaining about one to four pounds. The calorie requirements for early pregnancy don’t change much from your usual diet, but they will increase as pregnancy progresses. Check Pregnancy weight gain calculator tool.

When Ovulation and Fertilization have happened, the fertilized egg attaches itself to wall of the uterus which is called ‘implantation’. This can cause one of the early signs of pregnancy before missed period i.e Implantation  spotting/ bleeding. A minute amount of vaginal bleeding can possibly be initial symptoms of pregnancy.

This is generally a little lighter in shade and earlier than that of a normal menstrual period. It also doesn’t last for long. If you are also experiencing this early pregnancy symptoms than please do not loose hope. May be its not period but a Good news waiting for you.

When you’re pregnant, you might start hating certain foods, such as fried foods. Food cravings are also common. If you’re newly pregnant, you may start loving foods that you hated previously. You may run away from your favorite pizza. Certain food aromas may attract you to eat them.

Expecting women seek or crave for foods are different from one women to another. Though we are not sure but this may be a side effect of crazy hormonal changes in your system. It is okay to pamper yourself by fulfilling those cravings and avoid foods you don’t want to taste. But be sure of the nutrition and health quotient.

Morning sickness is a most common and classic pregnancy symptom before a missed period. For some ladies, it begins very early. It happens due to rapidly increasing levels of hormone estrogen. Pregnancy in women also increases their smelling sense. In early pregnancy different smells like cooking of food, perfume may cause nausea. Nausea and morning sickness develops around the fourth to sixth week. It can occur any time during the day or night although it is called as morning sickness.

In early pregnancy, different hormonal changes may increase blood flow in body which in turn may trigger slight headaches repeatedly. Experiencing headaches is one of the signs of pregnancy before missed period. Women who discover that they are pregnant also report Lower backaches. This symptom can occur with the onset of pregnancy, but it is often experienced later as the pregnancy progresses.

This is a go to symptom they use to show pregnancy in movies, but it’s early symptoms of pregnancy before missed period. As your blood pressure lowers and blood vessels start to dilate, you may feel dizzy. In early pregnancy, low level of blood sugar can also be the reason for fainting. Make sure you eat enough and stay well-hydrated.

Even before the nausea and morning sickness some pregnant women develop “an extremely-heightened sense of smell.” Perfumes were so over-powering. Ordering Bland foods from outside. Avoiding cooking for several weeks are a few examples. If you are repulsed by specific smells or have suddenly developed an increased sensitivity to odors. It may mean an early pregnancy symptoms.

This one is another rarely experienced symptoms of pregnancy. Heightened levels of hormones and extra blood flowing to the kidneys causes swelling in the nasal mucous membrane. It gets dried and starts bleeding easily. This may result in a runny or stuffy nose.

A woman’s body can start telling her that she is expecting a baby as early as one to two weeks after conceiving. However, because many of these symptoms of pregnancy are also indicator of other health conditions. Some indicate that your period is going to start or you are not well. There is a possibility that you may experience none of these symptoms. So, the only accurate way to be sure if you are pregnant is to take a pregnancy test if you miss your period.

If you get a positive home pregnancy test, take an appointment with a well known and trustworthy gynecologist. The early symptoms of pregnancy before a missed period can be confirmed via a blood test or an ultrasound. The best advice I can give to all the women wishing for a baby, is to not spend the whole two weeks on google to research every little physical change. In fact occupy your mind with anything you can to stop yourself from overthinking like reading, watching movies, gardening etc.

Still You have doubt – Ask Other Parents and Doctors 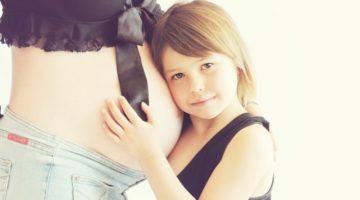 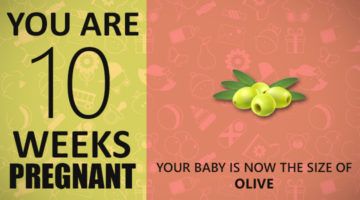 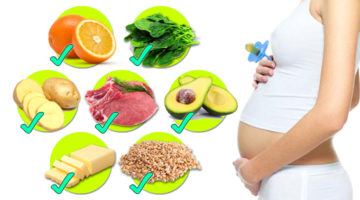 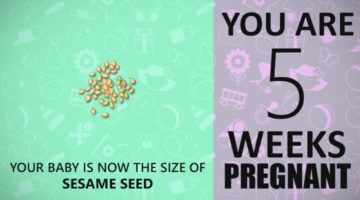 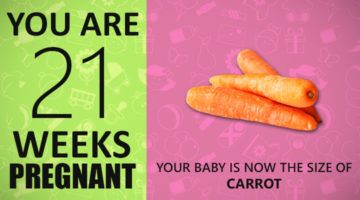 21 Weeks Pregnant Guide – Symptoms, Tips and More for You! 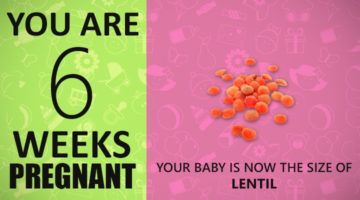 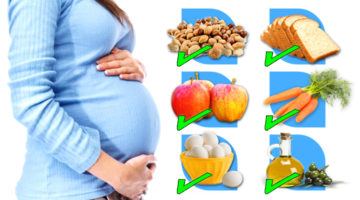